Bikini BRAVO: A thrilling saga of justice and honesty

Bikini Bravo- the second book in the Argus series by Willy Mitchell, remarkably tells the tale of another one of Mitch’s adventures along with his daughter, Bella. In the author’s own words – ‘Bikini Bravo is the story of how a group of greedy oil executives, a Mexican drug cartel, and the state-backed Russian Mafia begin a coup for power over Equatorial Guinea’.

The story borrows its plot from real-life events. Intertwined with fiction, it creates an engaging narrative that will keep you on the edge of your seat till the very last page. The story goes on from the third-person perspective. All the main characters in one way or another equally contribute to the theme and events depicted in the novel.

The story starts with a brief account of Mitch’s visit to Malindi, Kenya, in East Africa, as a part of his job, in December 2003. Mitch works for the CIA and has come to Africa to supervise a pair of ships getting decommissioned. Annoyed at his current situation as a visitor in a third world country, he goes into a bar one evening. There Mitch overhears a bunch of men talking about the initiation of a coup.

A few months later, he comes across the same man from the bar back in Africa on a news channel. They end up being a former prime minister’s son, a high-ranking diplomat, and a group of former special services mercenaries. All caught heavily armed on their way to a remote land, Equatorial Guinea, Africa’s sixth-largest oil-rich nation. The name of this operation was ‘Wonga Coup’. 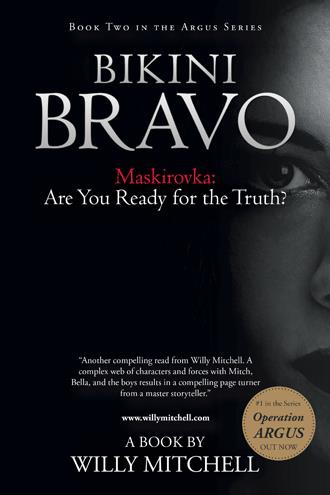 The principles of the previously attempted coup have been applied again but this time, by an extraordinary coalition and group of collaborators. Next, we learn of the assassination of a well-established criminal. Despite him living in Algeria in a protected and secure, isolated establishment with his family by the Special Air Service, an elite British Army strike force. He is identified as Mohmmad Hamza, number two in the Al Qaeda group and second in command to the world’s most wanted man, Osama Bin Laden.

The story then switches to Bella, Mitch’s daughter, who chose to join the CIA as her career of choice after much consultation with her father. Her best friend Nikita got herself involved with some bad guys in the international banking business and gets killed. It is then she decides that her role as a risk analyst would be too precarious for her to continue. Her character is fearless and bold.

We come to know that both share a deep level of connection and understanding. Her father has taught her well, and she is a natural at these skills, from shooting to defense and attack. One day, while returning, she comes across three goons who she ends up badly injuring after they try to attack her.

Later it’s revealed that they had were sent by Dmitri Dankov, part of the Russian mafia. It was to seek revenge for a bombing he survived – Mitch’s deed. This had not been the first time. Bella earlier as a kid had been taken hostage by Dankov’s people, holding her ransom. At this point, it becomes clear that her father, Mitch, and Dankov’s rivalry, is not a new affair. Next, we learn that the assassin who tried to bomb Dankov has been killed.

As these events slowly unfold one by one, Bella and the team of Mitch, Mac, Bob, and Sam along with Colonel Collins and Lord Beecham put two and two together and then make a shocking discovery. The leading Drug Cartels of Mexico, have paired up with the Russian dark forces to completely take over Equatorial Guinea so that they can empower Africa and clean their dirty money and hence legitimize their dirty businesses.

The plan is simple. The Russians have been building up a peacekeeping force in the Democratic Republic of Congo, right next door. Boris Latminko, senior colonel of the Russian special forces leads a small army. It is a group of Russian special forces using US military hardware to stage a coup. Boris and his mates stage the coup, then topple the existing rule. Following this, the Russians step in to keep the peace. In a void of power and leadership, they finally take control. This sudden cognizance leaves everyone incredulous.

Next, it’s Bella and Mitch taking charge against the Dark forces and fighting them.

As you go through the story, you’ll sneak a peek into the bitter nature of corruption, money laundering, and criminal activities depicted with great detail with a dash of mystery and thrill.

The author has created a masterpiece in Bikini Bravo with his exceptional writing skills and immeasurable knowledge of his niche.

I highly recommend Bikini Bravo, anyone, with a taste for the thrill, intellectual writing, and a lot of action.

Available in e-book, paperback, or hardback.

Willy Mitchell is an indie author, writer, and storyteller. His first title was Operation ARGUS, and then the sequel Bikini BRAVO where a group of former Special Air Service operatives enter the dark and murky world of maskirovka and discover the lengths that some people will go for power and greed. Cold COURAGE tells the epic tale of Shackletons 1914 Trans-Antarctic Expedition and all that was happening in those extraordinary times. Book four, Northern ECHO is about to be released and tells the story of two boys growing up during the punk rock revolution in the north of England, and how a dark secret keeps them apart until the end. Mitchell's latest installment, about to be released at the end of 2020, is Gipsy MOTH about his Aunt Nikki, her friend, and fellow Aviatrix, Amy Johnson, and Amelia Earhart on the other side of the pond during the golden age of aviation.

Up next? SS Indigo is the story of an eclectic mix of guests mysteriously invited to a cruise on a luxury steamship around the Caribbean. The only thing they have in common is their lust for power, advancement, and wealth.

All of Mitchell's books so far are novels, works of fiction, blended with real events. For further information or how to buy his books, visit his author website: